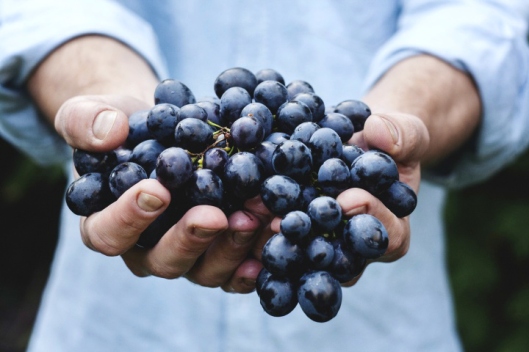 Jesus said if you aren’t sure about something check out the fruit because “every good tree bears good fruit, but a bad tree bears bad fruit”

People were asking Jesus a lot of questions.

They wanted to know who was right – who knew the true way? What prophets should they trust? What rabbi should they follow?

Instead of answering with a list of shoulds and shouldn’ts or naming names he offered a formula that would be useful to truth seekers throughout all of time.

Jesus advised those who were listening …

When you are not sure about a specific doctrine, or a certain theological point, or some Christian message you can simply check out the fruit that it is producing.

If it is producing good fruit then it is of God and true. Embrace and follow the teaching.

If it is producing bad fruit then it is not of God and not true. Abandon the teaching.

Scripture does not address most things specifically. Instead it gives us some guiding principles to live by. Then people come along and try to figure out how to apply those guiding principles to real life. When we get it right it mostly leads to whole, healthy, vibrant lives. When we get it wrong it mostly leads to broken, unhealthy, hopeless lives.

If a specific doctrine is mostly producing self loathing, despair, hopelessness, depression, isolation, shame, self harm and other such bad fruit then it’s a no brainer … it’s not good doctrine and we should abandon it.

You can twist scripture.

You can always find a verse to more or less say what you want it to say.

You can always find a Christian leader to teach what you believe.

You can always find a book that supports your point of view.

This week a group of conservative evangelical leaders laid out their beliefs on human sexuality, including opposition to same-sex marriage and fluid gender identity, in a new doctrinal statement they titled the Nashville Statement

The statement grows out of a shame based doctrine that has proven over and over again to mostly produce bad fruit in the lives of LGBT people who wholeheartedly embrace it.

While it is true that there is an occasional story of an LGBT person who seems to be doing okay embracing anti LGBT Christian theology, it is disingenuous to stand in front of a tree and hold up a few good pieces of fruit while ignoring thousands of pieces of bad fruit laying on the ground surrounding the tree.

The vast majority of LGBT Christians who embrace the idea that they must either change their orientation, deny their gender identity or face life long celibacy experience depression, hopelessness, shame, despair and self loathing. Many experience suicide ideation and some even end their life.

And the statement doesn’t just say that those who disagree with the anti LGBT doctrine are wrong.

The statement says that those who are affirming are outside of the Christian faith and that it is wrong to think of this as something that falls into the “agree to disagree” column.

They have stated it in such a way to make it clear that they see this as a non-negotiable.

WE AFFIRM that it is sinful to approve of homosexual immorality or transgenderism and that such approval constitutes an essential departure from Christian faithfulness and witness.

WE DENY that the approval of homosexual immorality or transgenderism is a matter of moral indifference about which otherwise faithful Christians should agree to disagree.

That is a deep line in the sand they are drawing.

It seems obvious to me they are saying if you are the parent of an LGBT child who is in a same sex relationship you should reject and separate from your child.

It seems obvious to me they are saying if you have family and friends who are affirming you should shun them.

Personally I don’t give a hoot what they think.

I am long past the point of recognizing evangelicals as those who have credibility or authority when it comes to my own life.

But I am deeply concerned about LGBT people – especially LGBT youth – and families with LGBT children who are a part of faith communities that support the statement.

The message is toxic and damaging and some parents will think they are doing the loving thing by abiding by it, when in reality they will be placing a tremendous and unnecessary burden on their kids that will be extremely harmful and might very well do irreparable damage to their precious children.

The message of the statement will surely tear families apart and drive people away from the faith.

The message will produce depression, despair, shame, hopelessness, self loathing and even suicide.

The message will not produce life – it will produce death – relational death, emotional death, spiritual death and physical death.

ON THE OTHER HAND THERE IS SOME GOOD NEWS:

When you listen to LGBTQ Christians who are connecting with faith communities that affirm their relationships and identities you will find that they are experiencing a lot of good fruit in their lives. They are typically healthier in every way – relationally, emotionally, spiritually and physically.

And there is more good news … there are a LOT of Christians who don’t support the Nashville Statement.

Here are two statements that affirm LGBTQ Christians, their relationships and their identities that were crafted by Christians in response to the Nashville Statement:

Here is the “God is Love” statement from The Liturgists that affirms LGBTQ relationships and identities in the church. Free free to add your signature and share this life producing statement.

Here is the Denver Statement from the House for All Sinners & Saints that also affirms  LGBTQ relationships and identities in the church which would be good to share as it will most assuredly produce good fruit in the life of many.

If you are the mom of an LGBTQ kid there is a great online community you might want to join:

Serendipitydodah for Moms is a private Facebook group for moms of LGBTQ kids. The group was started in June 2014 and presently has more than 2,100 members. Each day moms of LGBTQ kids gather virtually to share a journey that is unique and often very difficult. The group is a place where they share a lot of information, ask questions, support one another, learn a lot and brag on their kids. Our official motto is “We Are Better Together” and our nickname is “Mama Bears” The group is private so only members can see who is in the group and what is posted in the group. The space was specifically created for open minded Christian moms who have LGBTQ kids and want to develop and maintain healthy, loving, authentic relationships with their LGBTQ kids. However, moms do not have to be Christian to be a member of the group. In addition to providing a space for members to share info and support one another, a special guest is added each month for a short time so members can ask questions in the privacy of the group. The guests include authors, pastors, LGBTQ people, bloggers, medical professionals and public speakers.

Email lizdyer55@gmail.com for more info about the group.