“Prayer is an art which only the Holy Spirit can teach us…Pray for prayer – pray till you can pray, pray to be helped to pray and give not up praying because you cannot pray, for it is when you think you cannot pray that you are most praying.”  – C.H. Spurgeon

My son came out in 2006 and, as a result, I went through a process of deconstructing my faith – re-examining what I believed and why.

One of the things that came up a lot in that process of deconstruction was “prayer”  – it caused me to have a lot of questions about prayer … did it really work? how did it work? how should I pray? could I still “believe” in prayer?

It was a difficult time for me and I went though a period where it was almost impossible for me to pray because I was no longer sure what I believed about prayer.

But, eventually I got to a place where I found peace about prayer. I didn’t necessarily find answers to my questions, but I came to the conclusion that giving up prayer was not an option for me. I came to the conclusion that I was wanted to embrace the mystery of prayer and believe in prayer because I choose to be a serious and faithful follower of Jesus and Jesus prayed and encouraged us to pray the same way he prayed.

I admit that some days my prayers are accompanied with only a mustard seed of faith but I pray anyway; and sometimes I find it very hard to pray or don’t know how to pray, but I pray anyway, even if it is just to pray about my inability to pray.

In 2009, with the help of some other Christians who were on a journey similar to my own, I started putting together a list of prayers on behalf of LGBTQ people, their families and their allies. Some of the prayers were things I simply needed to pray for myself as a Christian mother of a gay son and as an LGBTQ ally. Some of the prayers were born out of conversations I had with people, news reports I read, stories told to me and things that were being revealed to me. Over the years I have changed some of the prayers and added others.

·         Prayer for the LGBTQ community, their Families and LGBTQ Allies in general; that God will protect them and bless them, that the Holy Spirit will inspire them, inform them and guide them.

·         Prayer for LGBTQ Christians and Christians who love and support them will be able to reconcile their faith with being affirming.

·         Prayer that LGBTQ people would be able to live wholeheartedly into the people they were created to be.

·         Prayer that LGBTQ people will be able to make connections with affirming Christians and find affirming faith communities.

·         Prayer for all Christian leaders, faith communities and denominations who are working through LGBTQ issues. Prayer that God will give them insight, wisdom, clear understanding and guide them towards truth,  justice, love and light.

·         Prayer that LGBTQ people, their families and allies who have been hurt by the church or by individual Christians will still be able to receive God’s love and affirmation – that they will be able to know that those people and those churches are not God and do not represent how God sees them.

·         Prayer that LGBTQ people and those who support them will not harbor bitterness or resentment; that they will find healing and wholeness, and as a result, be able to forgive those who trespass against them.

·         Prayer for everyone living with HIV/AIDS. Prayer that God will comfort them and give them access to the healthcare they need. Prayer of gratitude thanking God for the medical progress made for the treatment of HIV/AIDS and prayer for continued progress.

·         Prayer for LGBTQ youth who are experiencing bullying to know that God loves them no matter what and that they can always turn to him. Prayer for teachers, school administrators, community leaders, parents, neighbors, church leaders, youth leaders etc to see any bullying that occurs, to stand up against it, put programs in place to help create safe environments for LGBTQ youth and make it known that they are a safe person for LGBTQ youth to turn to.

·         Prayer that God will work in families torn apart by homophobia and that the spirit of God would lead those families to understanding, grace, forgiveness and reconciliation.

·         Prayer for LGBTQ people, young and old, who have been misunderstood, silenced, rejected and/or marginalized by friends and family members directly and indirectly. Prayer that they would find the support and encouragement they need to help them withstand the pain of being misunderstood, silenced, rejected and/or marginalized by their family and friends.

·         Prayer that religious leaders will recognize the problem of homophobia in the church, courageously confront it and work to rid the church of homophobia.

·         Prayer for all ex-gay ministries and conversion therapy in all forms to end.

·         Prayer that all countries with anti LGBTQ laws to be moved by the Holy Spirit towards love and justice.

What prayer would you add?

Holy Week is an important time for those of us who profess to be Christians to reflect on what it means to be a Jesus follower. May the words of this prayer remind us we are called to be God’s hospitality in the world. 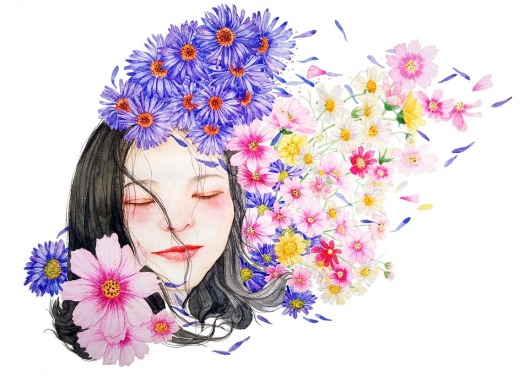 A PRAYER FOR HOLY WEEK by Liz Dyer

Give us eyes to see the deepest needs of people.

Give us hearts full of love for our neighbors as well as for the strangers we meet.

Help us understand what it means to love others as we love ourselves.

Teach us to care in a way that strengthens those who are sick.

Fill us with generosity so we feed the hungry, clothe the naked and give drink to the thirsty.

Let us be a healing balm to those who are weak, lonely and weary by offering our kindness to them.

May we remember to listen, to smile, to offer a helping hand each time the opportunity presents itself.

Give us hearts of courage that we will be brave enough to risk loving our enemy.

Inspire us to go out of our way to include those in the margins.

Help us to be welcoming and inclusive to all who come to our door.

Let us be God’s hospitality in the world.