The Mama Bear Story Project is a collection of portraits and autobiographical essays from members of Serendipitydodah for Moms – a private Facebook group for open minded Christian moms of LGBTQ kids. 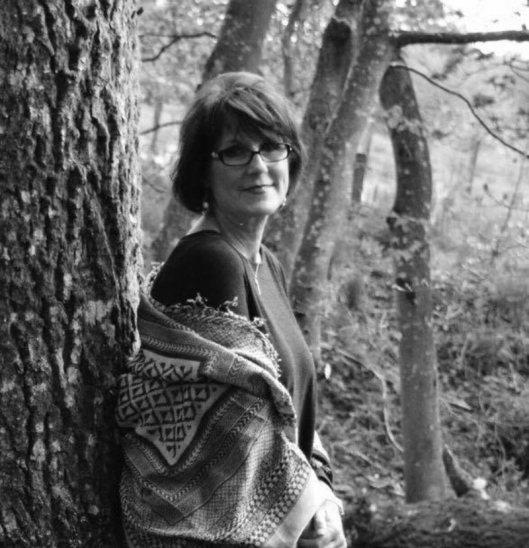 I’m a 65-year-old mom of two sons and one daughter, and have been married since 1972. In January 2013, our son, at the age of 38, told us he was gay, had known since middle school and had tried to pray it away all of his life. It rocked my world as I tried to reconcile my former beliefs that gays were making sinful choices vs. the idea that God could have changed my son in answer to his plea for help.

Perhaps a year prior to my son coming out, as the gay marriage issue was coming more and more under public scrutiny, I told myself it was going to be tough. I predicted I was going to be seen as unloving to “the world,” my non-Christian friends and some of my family, because I would have to vote against gay marriage. I had convinced myself I loved everyone but could not condone gay marriage because I believed God intended marriage to be only between a man and a woman. There was and is nothing I wanted more than to glorify God in my life and stick up for Him, so I was willing and prepared to make this stand.

Several years prior to this, after reading many things in the Bible that confused me about what God expected of me, I felt peace in just simplifying my beliefs with Jesus’ first and great commandment to love Him with all of my heart and my neighbor as myself. Over the years, I’d had several conversations with different people including my best friend about gays, their rights, their sin, their choice. I always tried to listen to my friend when she would explain “they are born that way” and we shouldn’t judge them. I argued that if they were created this way, then it was still a choice not to act on it, just like an addict. We’d end our conversation agreeing to disagree, but in my heart I felt I was further along and deeper in my walk with God than she was. (Eeeeek!)

When I spent time with two gay classmates at my 40th high school reunion and saw what wonderful men they were, I was confused, but still held onto my closed-minded beliefs. When my friend told me her son was gay, I told her, of course, you should accept and love him, but I believed it was a sin nonetheless.

These situations were all part of preparing me for hearing the news about my own son being gay. In his determination to not be gay, he married a woman in 2000. After 10 years of what must’ve been a very difficult marriage, his wife asked for a divorce. As the months went by and he was not dating anyone as far as I knew, I began to have a sinking feeling he might “think” he was gay, blaming his “evil” ex-wife.

In January 2013, my son came to visit us for the weekend and after several glasses of wine, he told me the dreaded words “Mom, I’m gay.” As far as I can recall, my first words were, through tears, “All I want is for you to be happy and to be in heaven.” The moment he explained to me how he had prayed for years to not be gay, my heart was broken for him and my beliefs were shattered. I immediately knew God would have healed him if he truly did not want him to be gay and there must be something I had not understood regarding gays.

My best friend was the first person I called who got on the internet and ordered a copy of Justin Lee’s book, Torn. She was such a faithful and loving friend who listened to me cry, question, and try to understand how this made sense. Over the coming weeks, my husband and I met with one of our pastors and friends who had an adult gay son. It was so comforting to know we weren’t alone. A female, devout Christian friend was also very helpful to me telling me it was okay that my son was gay, assuring me God was not judging him, and later coming out to me herself as gay. I knew I was being called to do something. God gave me a gay son and it was not what I wanted, expected, or raised my son to be. I only wanted to teach, nurture, and raise up my children so “when they are old they will not depart from it.”

After much reading and praying and discussing, I have total peace that God made my son gay. My whole family attended his wedding, and we adore his little family and are thrilled to have another granddaughter which they adopted in 2015. If someone gives me an opening, I jump in with all fours and tell them my son is gay and I’m A-okay and why. I pray the church will open their minds and understand what true unconditional love means.

Serendipitydodah for Moms is a private Facebook group for moms of LGBTQ kids. Our official motto is “We Are Better Together” and our nickname is “Mama Bears” The group is private so only members can see who is in the group and what is posted in the group. It was started in June 2014 and presently has more than 1,500 members. The space was specifically created for open minded Christian moms who have LGBTQ kids and want to develop and maintain healthy, loving, authentic relationships with their LGBTQ kids.